Questions on Games you Play

Games and Sports are of a great importance in defence as they make you physically fit and mentally relaxed. So the IO will be highly interested in the games which you play. He wants to know how properly you played that game and what all you know about that Game/Sport.

IO will be going to screw you up if you are bluffing on any game which you didn’t play, they catch bluff-master within a second. For example, a candidate said that he plays Football, then Interviewing officer said what is the Offside rule, then the candidate said when the ball goes out of playing area from the sidelines (not from the goal line). So from his answer even we can judge that this guy has mugged up the basic rules but never played the game seriously as all Good tournaments follow Offside rule in football.

Below are some basic questions which IO may ask you, there is no limit on questions but you can easily answer them easily if you really played that particular game.

Questions on Games you Play

Note – One of the most important things is that if you didn’t play a particular game and you are writing it to show off, then remember you try to show off and IO will see you off. If you played a particular game for a short duration and you are planning to mention it in your PIQ then you must do your homework on that game otherwise restrict yourself from mentioning it in PIQ.

Get all the latest information about SSB Interviews. Know all details about Screening, GTO, Interview, Conference, Psychology and Medical.
Previous Personal Questions
Next Current Affairs

Tell Me Something About Yourself?

How to prepare for the SSB Interview? 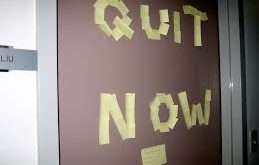 How to Know When to Quit Your Job

How To Answer Nonsensical Interview Questions