Screening Test is conducted on the first day of your reporting at the Service Selection Board (on the second day for those who reports in the afternoon at around 2.00 PM). The Screening Test is a nightmare even for Recommended candidates but no need to worry if you follow some basic rules you can get through it. The screening test in SSB is a test which is used to sort out the candidates that are suitable for the next phase of testing, it is an elimination test. Once you are Screened-In then you will stay for at least four more days at the Center. Before the screening test starts you will be given Chest Numbers which will be your identity thereafter and don’t make the mistake of calling your friends by their names, call their Chest Number, the Chest Numbers are given to you to make all of you feel equal.

Important – On the first day you will find a lot of NETA type candidates, they will be having all knowledge about SSB Interview. This kind of candidates tends to influence you and bring your moral down, especially in case of Freshers, so you must avoid talking to such candidates, if you get screened in then you will notice that all of those candidates have disappeared.

This test is aimed to judge the Intelligence of a candidate. In this test you will be given Verbal and Non-Verbal test booklets which you have to solve in the given time, you have to solve as many numbers of the question as you can. The number of questions is generally 40 and time given to you to solve them is 17 Minutes, however, the number of questions can go up to 50 in some boards and you will be given some added time in that case. You must practice for this test before going to SSB Interview as the time given to you for solving the questions is very less.

There is No Negative Marking In Verbal and Non-Verbal tests so try to attempt all questions.

In this test, your imagination and communication skills will be judged. You will be shown a hazy picture for 30 seconds and you have to write a story about that picture within 4 minutes and it will be followed by Individual Narration and Discussion within a group of 15 to 25 candidates Know More.

Note – Those who fail to qualify in the first stage are routed back on the same day, however, by no means getting screened out reflects your potential, even recommended candidates get screened out. So, friends don’t get disappointed by getting screened out, improve yourself and come back with a bang and get selected. Our Defence forces are waiting for you. 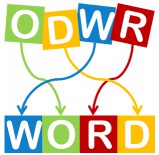 How to solve Jumble word problems

How to solve cubes questions in SSB Interview

How to perform well in Individual Narration